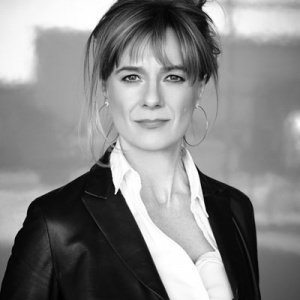 Amanda Levete (born 17 November 1955, Bridgend) is a British architect, principal of Amanda Levete Architects and was for 20 years co-partner at Future Systems with the late Jan Kaplický with whom she had one son, Josef Kaplicky.
Levete trained at the Architectural Association and worked for Richard Rogers before joining Future Systems as a partner in 1989. She is visiting professor at the Royal College of Art and a trustee of Artangel.  Levete is a regular TV and radio broadcaster and she writes a column for Building magazine.
The formation of Amanda Levete Architects in 2009 follows the end of Levete’s 20 year partnership with Jan Kaplicky at the influential office of Future Systems. One of the most innovative practices of its time, Future Systems completed buildings including Selfridges department store in Birmingham and the Lord’s Media Centre which won the coveted Royal Institute of British Architects Stirling Prize. She has been on the Board of Trustees of The Architecture Foundation.