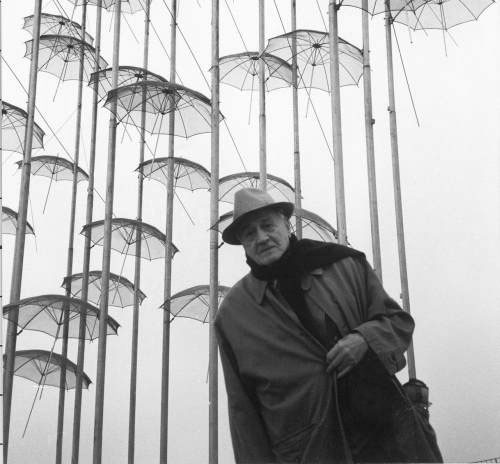 Sculptor George Zongolopoulos was born in Athens in 1903 and studied at The Athens School of Fine Arts.
During the period 1930-1938, having graduated from The Athens School of Fine Arts, he worked as an architect at the Ministry of Education. In 1938 he resigned from his position at the Ministry in order to devote himself entirely to sculpture.
George Zongolopoulos will link closely sculpture to architecture to his artistic path.
A scholarship from the French government made him continue his studies and work in Paris, while a scholarship from the Greek State Scholarship Foundation made him move to Italy for further studies and especially in bronze casting techniques.
In the ’50s, influenced by several trips he made abroad and touched by the newest artistic trends of his time, was driven in abstraction.
Restless soul and methodical spirit, always progressive in views and positions, he experimented with many techniques materials. Marble and bronze his very first media, stainless steel, Plexiglas, lenses, light, water are the materials through which he examines in his work the meaning of the space and vacuum and of motion and sound.
The “Eternal Teenager”, as he was usually called, as an artist so far he examined and searched for the harmony and balance in his art. He represented Greece in the Venice Biennale for nine times, in the Cairo Biennale in 1947 and in the Biennale of Sao Paolo in 1957. He participated in all National Artistic Exhibitions – except during the 1967-1974 dictatorship- and took part in dozens of solo and group exhibitions in Greece and abroad.
Awarded dozens of times with the first prize in competitions he participated in and was honored and many times as well. Particularly significant were the Awards for the Monument of Zalongo in 1954, for the remodeling of the oldest square in Athens Omonia in 1958, for the sculpture of the Thessaloniki International Fair in 1966. The hydrokinetic sculpture “Umbrellas” won the first prize throughout Europe and was installed in the Cour d’ Honneur of the European Union building in Brussels in 1995, a fact that was a great honor for the artist and for Greece as well.
G. Zongolopoulos tireless creates up to the end of his long life with an unprecedented passion and fiery enthusiasm for art. His rich artistic activity covers eight decades and distinguishes the incessant mood renewal and development.
In 2004 he established the GEORGE ZONGOLOPOULOS FOUNDATION where and he bequeaths all his work. 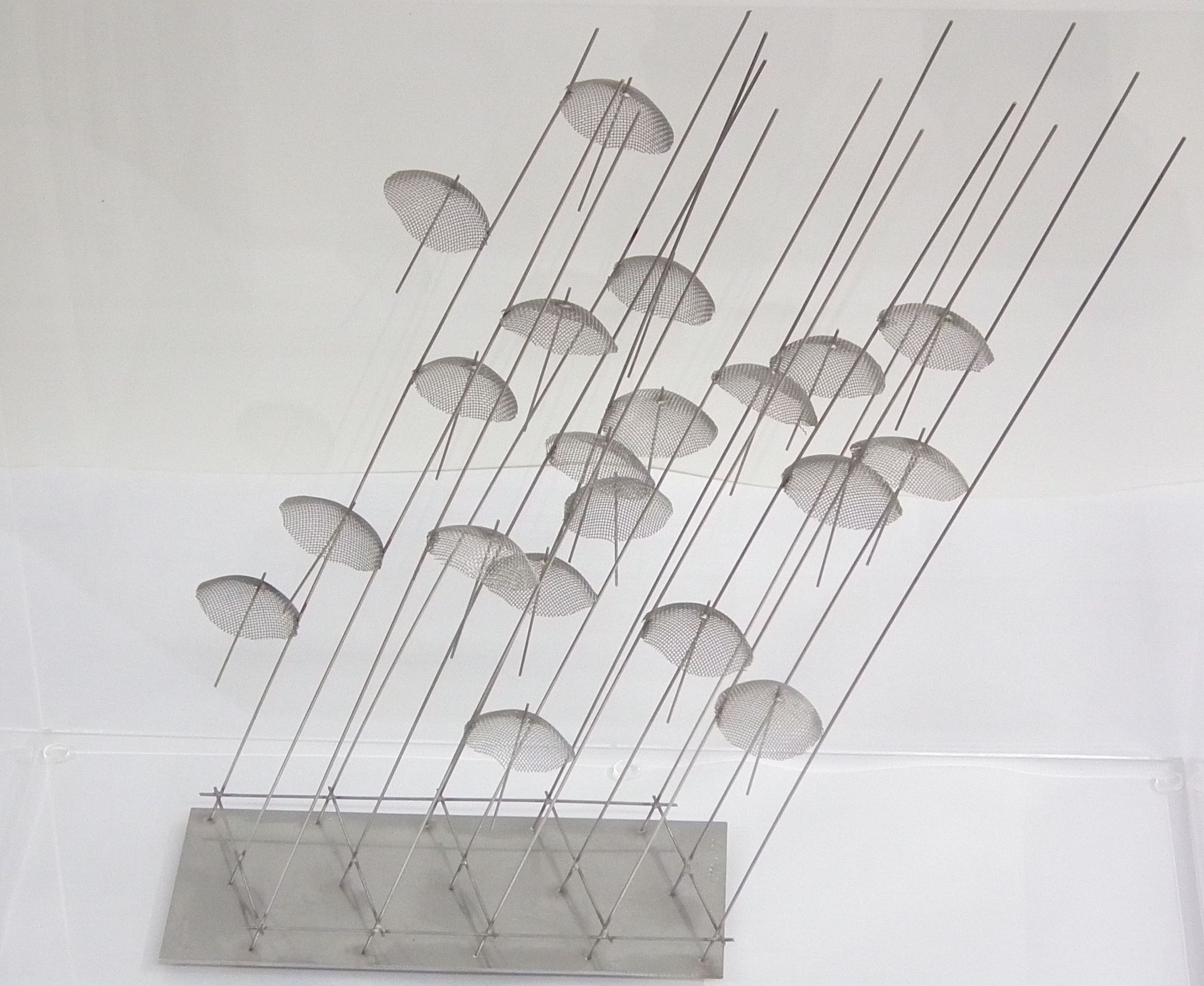 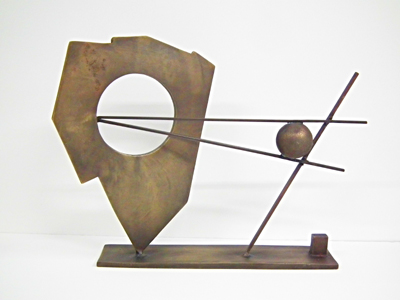 Exhibition of numbered sculptures and jewelry