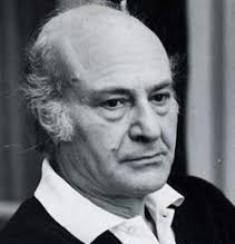 Odysseas Elytis (1911-1996) was one of the most important Greek poets, a member of the literary generation of the 1930s. He was awarded the State Poetry Prize in 1960 and in 1979 the Nobel Prize for Literature, the second and final Nobel Prize-winner to date. His best-known poetic work ise “Axion Esti”. He formed a personal poetic idiom and is considered one of the revivalists of Greek poetry. Many of his poems have been melodic, while his collections have been translated to many foreign languages ​​so far. His work also includes translations of poetic and theatrical works. He has been a member of the International Art Critics Association and European Critical Society, a representative at Rencontres Internationales in Geneva and Incontro Romano della Cultura in Rome.