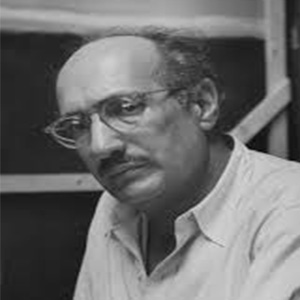 Mark Rothko, born Marcus Rothkowitz (September 25, 1903 – February 25, 1970), was a Russian-born American painter. He is classified as an abstract expressionist, although he himself rejected this label, and even resisted classification as an “abstract painter”.
Marcus started school in the United States in 1913, quickly accelerating from third to fifth grade, and completed the secondary level with honors at Lincoln High School in Portland, in June 1921 at the age of 17. He received a scholarship to Yale based on academic performance.
In 1936, Rothko began writing a book, never completed, about similarities in the art of children and the work of modern painters. According to Rothko, the work of modernists, influenced by primitive art, could be compared to that of children in that “child art transforms itself into primitivism, which is only the child producing a mimicry of himself.” In this manuscript, he observed that “the fact that one usually begins with drawing is already academic. We start with color.”
Rothko believed that his art could free the unconscious energies previously liberated by mythological images, symbols, and rituals. He considered himself a “mythmaker,” and proclaimed “the exhilarated tragic experience is for me the only source of art.”
Rothko’s 1945 masterpiece, “Slow Swirl at Edge of Sea” illustrates his newfound propensity towards abstraction. The painting was completed, not coincidentally, in the year the Second World War ended.
For Rothko, color is “merely an instrument.” The “multiforms” and the signature paintings are, in essence, the same expression of “basic human emotions,” as his surrealistic mythological paintings, albeit in a more pure form.
Rothko used several original techniques that he tried to keep secret even from his assistants. Electron microscopy and ultraviolet analysis conducted by the MOLAB showed that he employed natural substances such as egg and glue, as well as artificial materials including acrylic resins, phenol formaldehyde, modified alkyd, and others. One of his objectives was to make the various layers of the painting dry quickly, without mixing of colors, such that he could soon create new layers on top of the earlier ones.
The Chapel is the culmination of six years of Rothko’s life and represents his gradually growing concern for the transcendent. The Chapel paintings consist of a monochrome triptych in soft brown on the central wall (three 5-by-15-foot panels), and a pair of triptychs on the left and right made of opaque black rectangles. Between the triptychs are four individual paintings (11 by 15 feet each), and one additional individual painting faces the central triptych from the opposite wall. The effect is to surround the viewer with massive, imposing visions of darkness. As it turned out, these works would be his final artistic statement to the world. They were finally unveiled at the Chapel’s opening in 1971. Rothko never saw the completed Chapel and never installed the paintings. On February 28, 1971, at the dedication, Dominique De Menil said, “We are cluttered with images and only abstract art can bring us to the threshold of the divine,”noting Rothko’s courage in painting what might be called “impenetrable fortresses” of color.