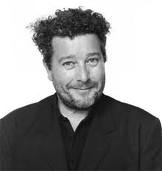 Philippe Starck was born in Paris on 18th Janary 1949. As a youngster he was already an enthusiastic draughtsman, probably inspiered by his father, who worked as an aircraft designer. From the mid-sixties, Starck attended the Ecole Nissim de Camondo in Paris, and he set up his first company in 1968 to produce inflatable objects. In the 1970s he fitted out the Paris night-clubs La Main Bleue (1976) and Les Bains-Douches (1978). In 1979 he founded the “Starck Product” company.
As an interior designer he was responsible in 1982 for refurbishing the private apartments in the Elysée Palace in Paris for President Mitterrand of France. He went on in 1984 to design the interior of the Café Costes in Paris, along with those of other establishment, such as the Manin in Tokyo (1985) an Teatriz in Madrid (1990). In New York he was responsible for the interior design of the Royalton and Paramount hotels (1988 and 1990), and played a leading part in the design of the Groningen Museum in the Netherlands in 1991. In Japan, Starck was responsible for the La Flamme building commissioned by the Asahi brewery, the Nani Nani office building for Rikugo (both in Tokyo, 1989/90), as well as for the green baron office block (1991) commissioned by Meisei in Osaka. He has also designed a number of private dwelling houses and apartment blocks, for example Lemoult in Paris (1987), The Angle in Antwerp (1991), 18 rental apartment buildings in Los Angales (1991) and a private house in Madrid (1991). He has also designed commercial premises for the French cutlery company Laguiole (1989) as well as for an organic products manufacturer near Brodeaux (1991). In Paris a whole street block, La Rue Starck, is going up to his designs (1991).
In addition to all this, during the 1980s Starck designed numerous collections and individual items of furniture for manufacture by firms in France, Italy, Spain, Japan and Switzerland. In the field of industrial design, he has been responsible for the creation of a wide variety of objects in the O.W.O. series, noodles for Panzani, boats for Beneteau, mineral-water bottles for Glacier, kitchen appliances for Alessi, toothbrushes for Fluocaril, luggage for Vuitton, “Urban Fittings” for Decaux, office furniture for Vitra, as well as vehicles, computers, door-knobs, spectacle frames, etc.
Starck´s work has brought him numerous prizes and awards. Objects designer by him can be seen on display in the collections of a number of European and American museums, among them the Brooklyn Museum in New York, the Musée des Arts Décoratifs in Paris, and the Museum of Design in London. Exhibitions of his work, either alone or in conjunction with that of other designers, have been held, among other places, in Paris, Marseille, Rome, Munich, Düsseldorf, Kyoto, Tokyo, Chicago, Los Angeles, and New York. He lives and works in Paris.