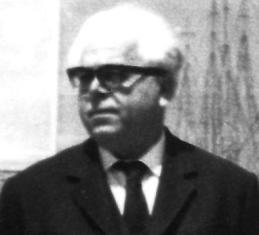 Vasileiou Spiros (1903-1985) was one of the most prolific and well-known Greek artists of his time. Primarily a painter, he did wood-carving,illustrations, stage and costume designs and much more; also a teacher and art critic. He became widely recognized for his work when he received the Benaki Prize by the Academy ofAthens for which he was assigned to paint the interior of the Agios Dionysios Church in Kolonaki. He composed more than 5,000 works of art within his lifetime. His art is characterized by the teachings of folk and Byzantine art and their combination with modern artistic influences.