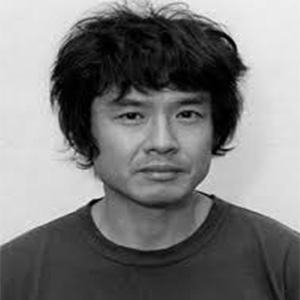 He lived and worked as a professional artist and instructor in Köln, Germany, 1993-2000; visiting professor, University of California at Los Angeles, 1998.  Awards: Award for Artist, Nagoya City, Japan, 1995.
Japanese artist Yoshitomo Nara specializes in flat, two-dimensional drawings depicting sulky, bigheaded cartoonesque characters that are cunningly cute yet corrosive. His pictures, clearly full of angst, pack a warped visual punch that appeal to a broad range of viewers. During the 1990s, Nara burst onto the international art scene, showing his work at solo exhibitions across the globe, from Tokyo and Berlin to New York and Los Angeles. Within a few years he had achieved cult status for his work, which is admired by art critics and punk kids alike.

As a painter and sculptor, known for his works with animals and children, he has held more than 40 exhibitions in museums and galleries to date.