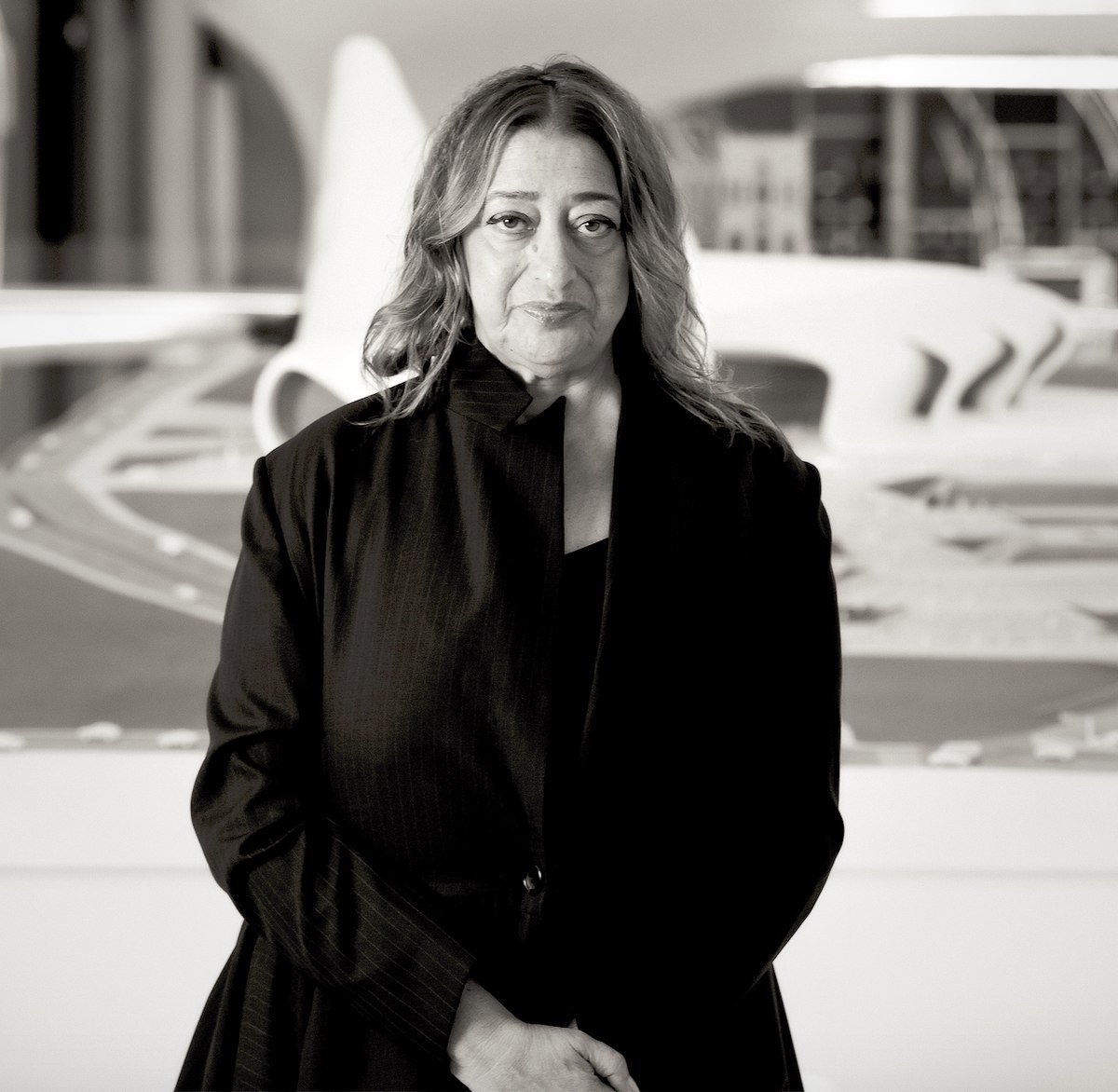 Hadid was born in 1950 in Baghdad, Iraq. She received a degree in mathematics from the American University of Beirut before moving to study at the Architectural Association School of Architecture in London. In 1980 she established her own London-based practice.
A winner of many international competitions, theoretically influential and groundbreaking, a number of Hadid’s winning designs were initially never built: notably, The Peak Club in Hong Kong (1983) and the Cardiff Bay Opera House in Wales (1994).
In 2002 Hadid won the international design competition to design Singapore’s one-north masterplan. In 2005, her design won the competition for the new city casino of Basel, Switzerland. In 2004 Hadid became the first female recipient of the Pritzker Architecture Prize, architecture’s equivalent of the Nobel Prize. Previously, she had been awarded a CBE for services to architecture. In 2006, Hadid was honored with a retrospective spanning her entire work at the Guggenheim Museum in New York. In that year she also received an Honorary Degree from the American University of Beirut.
Zaha Hadid’s architectural design firm – Zaha Hadid Architects – is over 350 people strong, headquartered in a Victorian former school building in Clerkenwell, London.
In 2008, she ranked 69th on the Forbes list of “The World’s 100 Most Powerful Women”. She won the 2010 Stirling Prize for one of her most celebrated work, the Maxxi in Rome.
Hadid is the designer of the Dongdaemun Design Plaza & Park in Seoul, South Korea, which is expected to be the centerpiece of the festivities for the city’s designation as World Design Capital 2010. The complex is scheduled to be completed in 2011.
She has also undertaken some high-profile interior work, including the Mind Zone and Feet zone at the Millennium Dome in London and the Z.CAR hydrogen-powered, three-wheeled automobile. In 2009, she worked with the clothing brand Lacoste, to create a new, high fashion, and advanced boot. In 2007, Zaha Hadid designed the Moon System Sofa for leading Italian furniture manufacturer B&B Italia.
Recently Hadid has been commissioned by the Iraqi government to design the new building for the Central Bank of Iraq. This project will be her first project for her native country.
Zaha Hadid’s project was named as the best for the Vilnius Guggenheim Hermitage Museum in 2008. She designed the Innovation Tower for Hong Kong Polytechnic University, scheduled for completion in 2011, and the Chanel Mobile Art Pavilion that was displayed in Hong Kong in 2008.