Zoumboulakis Galleries presents the installation ”White Power” by Nikos Tranos.
Known for his installations dealing with the practice of accumulation, Nikos Tranos (b. 1957), combines a wide gamut of different materials and media in the narration of his ”stories.” ”White Power,” a work in progress, began in 2007. It is made of different sections that function as a commentary to real or imaginary situations.
At Zoumboulakis Galleries, Nikos Tranos presents a frail, multifaceted, large scaled installation, consisting of:
• Sculptures made of baked clay and home furnishings. The furniture —junk found on the streets of Athens that are witnesses of the urban experience as well as the human scale— build an asphyxiating structural relationship with the over-sized ceramics that engulf them; compress them; coop them; or hide them. The ceramics are made of varied dirt, clay, porcelain, glass, colors, glues, enamel, cool and hot, baked two or three times at one thousand degrees Celsius. Clay has been, and continues to be, a prime structural material for ritualistic tools, sculptures, domestic utensils, decorative articles as well as a building material.
• A frieze of 30 centimeters height and 50 meters length, titled Green Park, runs through the space of the gallery and functions as the underlining narrative background for the whole exhibition. The 250, 20×30 cm drawings that make up the frieze, are drawn with colored pen on 250 gr. paper. Drawn with the diligence of an archaeology dig surveyor, the drawings depict various contemporary urban stories: mirrors as well as fragments from the mosaic of social being.
• A video recording of a happening from 2010, titled Homeopathy exercises for generals, in which Tranos directs real explosions, demolishing construction sites made of sugar cubes.
• The ongoing project of the ”building” of a book using sections from various other books in five languages based on Arcane 17 (1944) by André Breton. ”Arcane 17 is a poem of hope based on love and freedom” (N. Calas).
• The correspondence (1966-1971) between an immigrant, living in Germany, and his mother living in Athens.
All the above are directed within domestic and familiar surroundings, commenting on destruction as spectacle. The fragile balance between objects that turn hostile by shifting scales in relation to their users, as well as the feeling of the danger of overturning or tipping over, infuse the spectator with a sense of a ”state of emergency” that strengthens the reflection concerning the social sphere that runs through out Tranos’s work.
Certain sections of the ”White Power” installation have been presented at the Battlefield exhibition at TAF (2010), at the show Greek Art, at Sem-Art gallery in Monaco (2011), at the 4th Biennial of Athens AGORA (2013), at the 5th Biennial of Thessaloniki (2015) with the work A Glassier on our table, a comment on the prospect/occasion of the ”nuclear winter.”
Short Bio
He was born in 1957 in Zarakes village, Evia. He studied sculpture at the Athens School of Fine Arts, under George Nikolaidis (1983-1988), and attended a postgraduate programme at the same school on a State Foundation Scholarship (1989-1992). He took sculpture classes at the Ecole des Beaux-Arts in Paris through the ERASMUS exchange programme (1990-1991). His first solo exhibition was held in Athens in 1990 (Artio gallery). His work mainly includes installations with a variety of media and materials. Diversity is one of the main features of his work, in which three-dimensional constructions coexist with drawings on paper, sculptures, photography and video, often in conjunction with ready-made objects, such as music boxes or old furniture, collected from the city waste. His installations reorganize space and function in a theatrical or interactive mode, activating the senses and the reactions of the viewer. The search for balance between the familiar and the unexpected, the social commentary, the pursuit of communication through the artwork, and the multidimensional interpretation of recurring motifs (house, urban images, violence) are some of the elements that define the conceptual content of his artistic proposals. He teaches sculpture at ASFA since 1995. He has organized workshops, exhibitions and other art-related events. Since 2003, he is a founding member of the art group SAVRA ART. He has presented several solo exhibitions in Athens and Thessaloniki, and has participated in many group exhibitions and international events in Greece and other European countries, e.g.: Biennial of Young Artists from Europe and the Mediterranean (Thessaloniki 1986, Bologna 1988), Lineart (Ghent, Belgium 1990-1991), Inside (Kassel, Germany 1997), 42th Salon de Montrouge, (France 1997), Art Athina (1993, 1995, 1997, 2000) et al.
Press Release(download file) 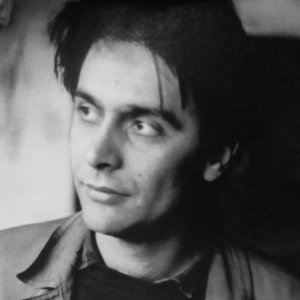 He was born in Zaraki of Evia in 1957. He studied sculpture at the Athens School of Fine Arts (1983-88) and at the Ecole des Beauux-Arts in Paris (1990-91) as a scholar of the IKY. She teaches sculpture at A.S.K.T. Athens since 1995.
His work includes mainly visual installations, with a variety of media and materials.
Diversity is one of the main features of his work. The facilities of various materials and combining practices, sculptures, videos, photography, drawings, ready-made items, organic, candles, perfumes, music boxes, u... 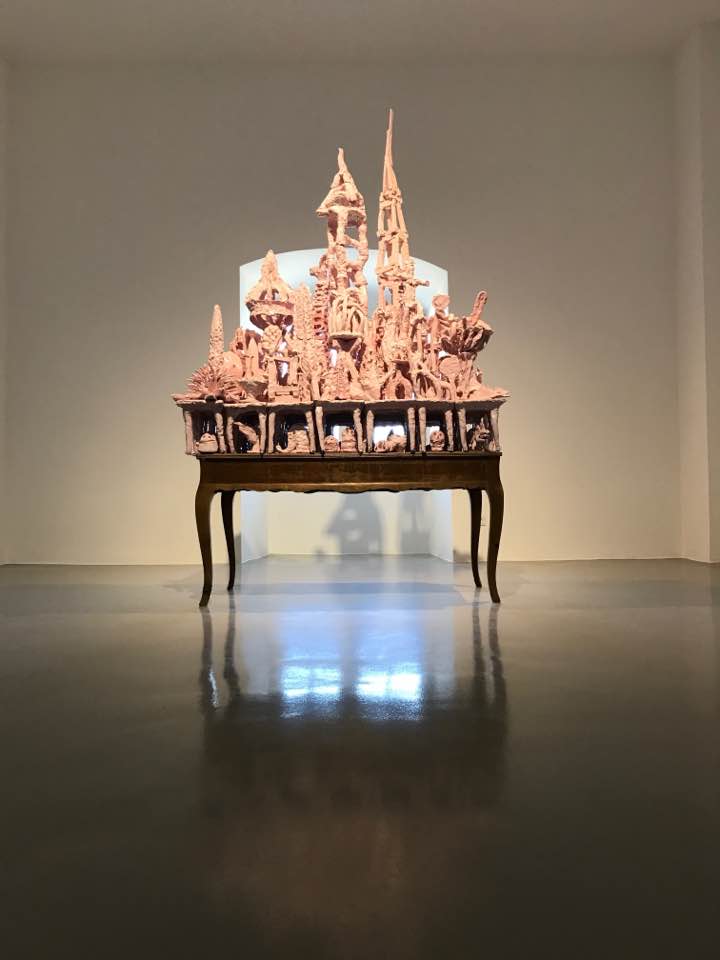 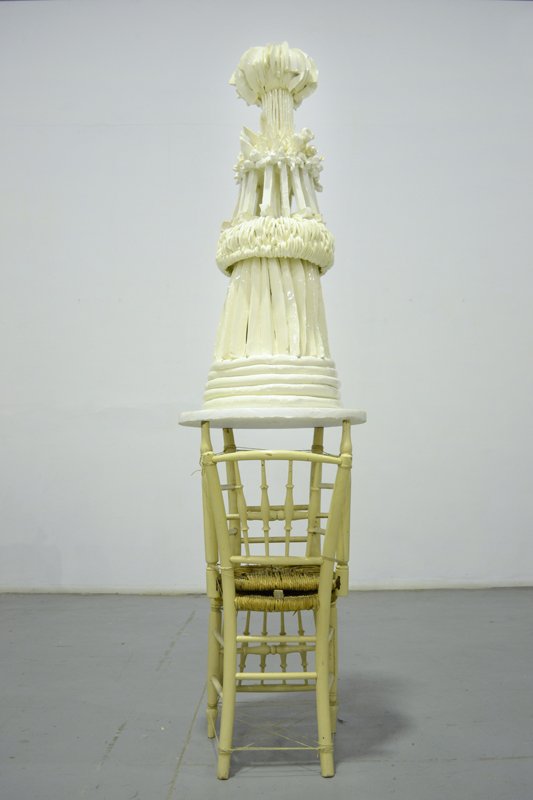 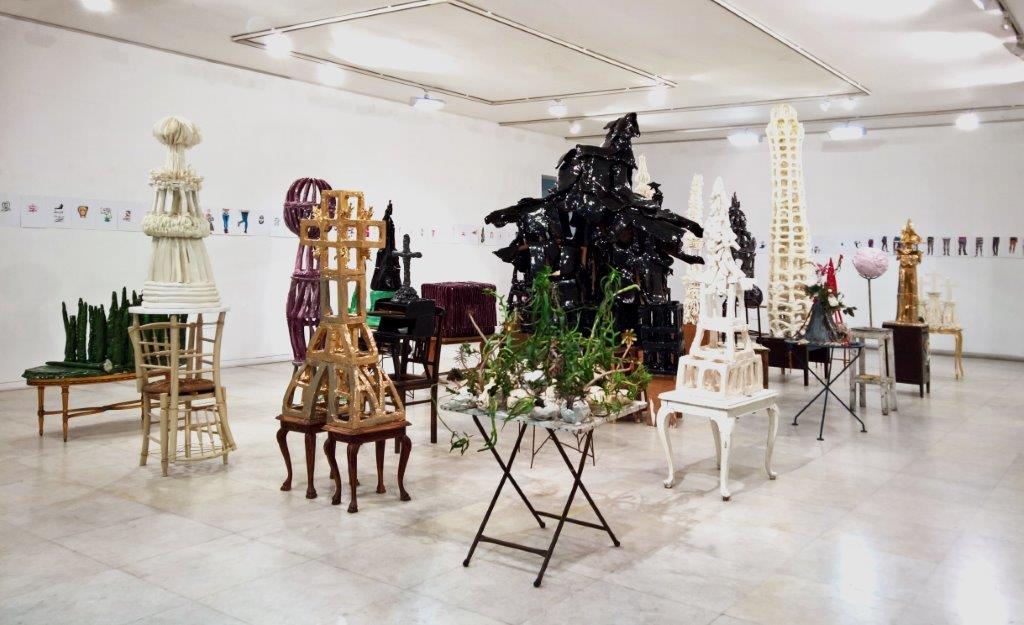 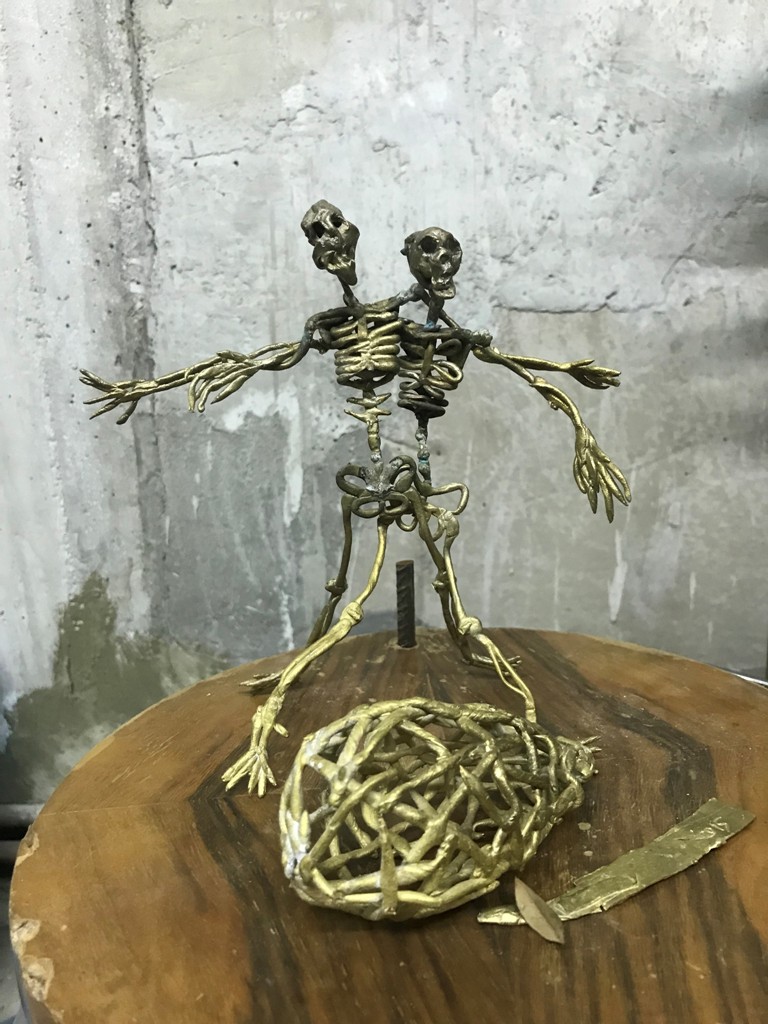