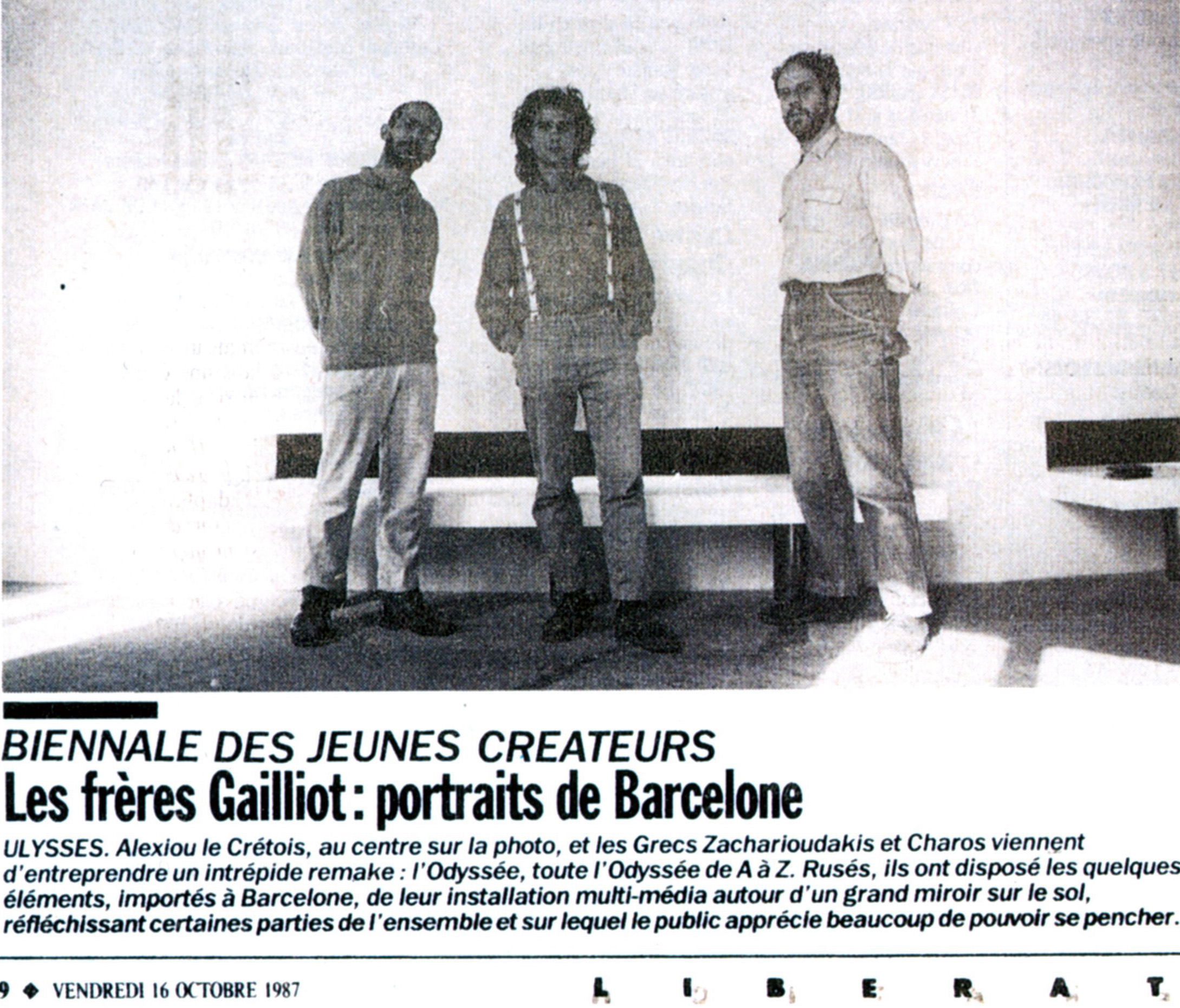 One of Nikos Alexiou’s wishes was to organize a group exhibition with his friends, artists Manolis Zacharioudakis and Manolis Charos. Our first discussion was motivated by a photo of them in the Liberation newspaper in 1987.

It was at the beginning of January that I called Nikos Alexiou to inform him that the exhibition he had been dreaming of could take place in April.

Continuation: because Nikos Alexiou (11 November – 25 February 2011) is present through his work.

Continuation: because he wanted this exhibition to become the continuation of a long-standing common course with his friends Manolis Zacharioudakis and Manolis Charos. The three of them have exhibited as a group four times in the past (1987, 1993, 1998, 2004).

Background: since the end of December 2010 Nikos Alexiou had been preoccupied with planning an exhibition within the next few months. In January 2011 he decided on this group exhibition. He discussed with his friends, chose his work and set the date. Many testings were made over the following time, before Nikos finally gave his approval.

The sculptor and associate Charissis Tsiouras was appointed “respondent” of the exhibition.

The works: the exhibition focuses on Nikos Alexiou’s work, while the works of Manolis Zacharioudakis and Manolis Charos are a tribute.

Nikos Alexiou: “Grid Inverted”, 2011. Print, 7,00 x 2,40 m. Belongs to the Grid series which contains a number of works of various dimensions (from the early 1990’s until 2010): drawings, linking of straws and strings and paper or metal constructions. The work was designed on a computer using a 3D model created by the thinning and thickening of a very thin key pattern. This involves the rhythmical recurrence of the basic pattern both horizontally and vertically. “Grid Inverted”, a simple and emblematic work, contains the archetypical and universal nature of the series’ works.

Manolis Zacharioudakis: “Dance”, 2011. Large scale collage made of paper on paper. Drawings and notes of different periods were glued on previously printed A4 sheets of paper, which were then joined together on larger paper surfaces. Black geometrical patterns, drawn with a thick brush, form a rhythmical recurring grid, similar to the basic steps of a rhythmical dance.

Manolis Charos: participates with two works of art, rich in color and intensity. 1) “Big vase with flowers”, 2011, 3D, made of cardboard and plexiglass. 2) “The island”, 2006. It is a painting, which has been printed using a computer on very thin Japanese paper. The light almost immaterial texture of the paper supports the subject, which is inspired by Böcklin’s “Island of the Dead”, a famous work of art which refers to the space of silence and serenity of “the other side”. 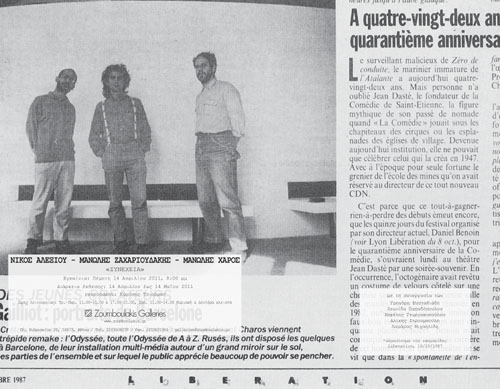 Invitation of the Exhibition 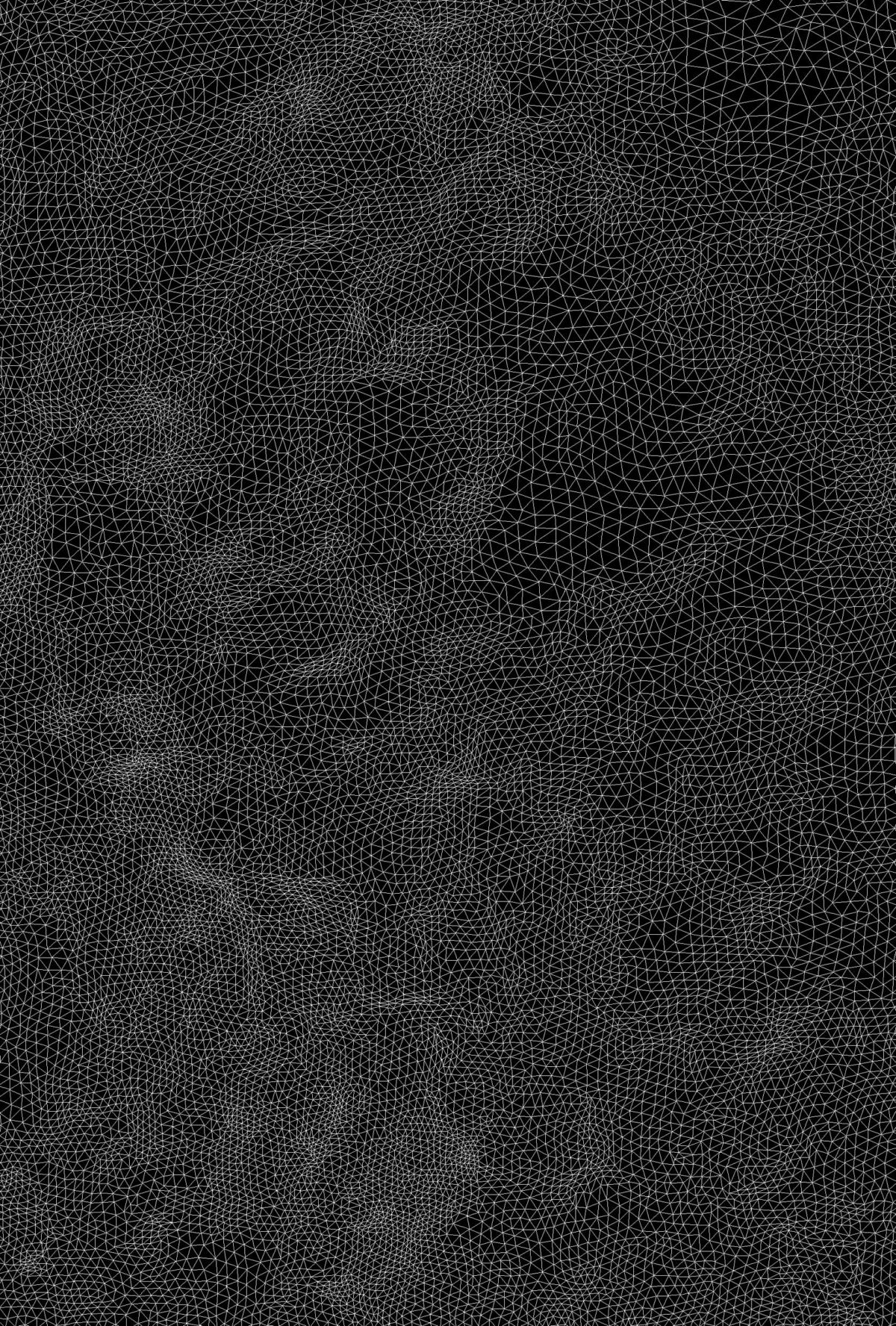 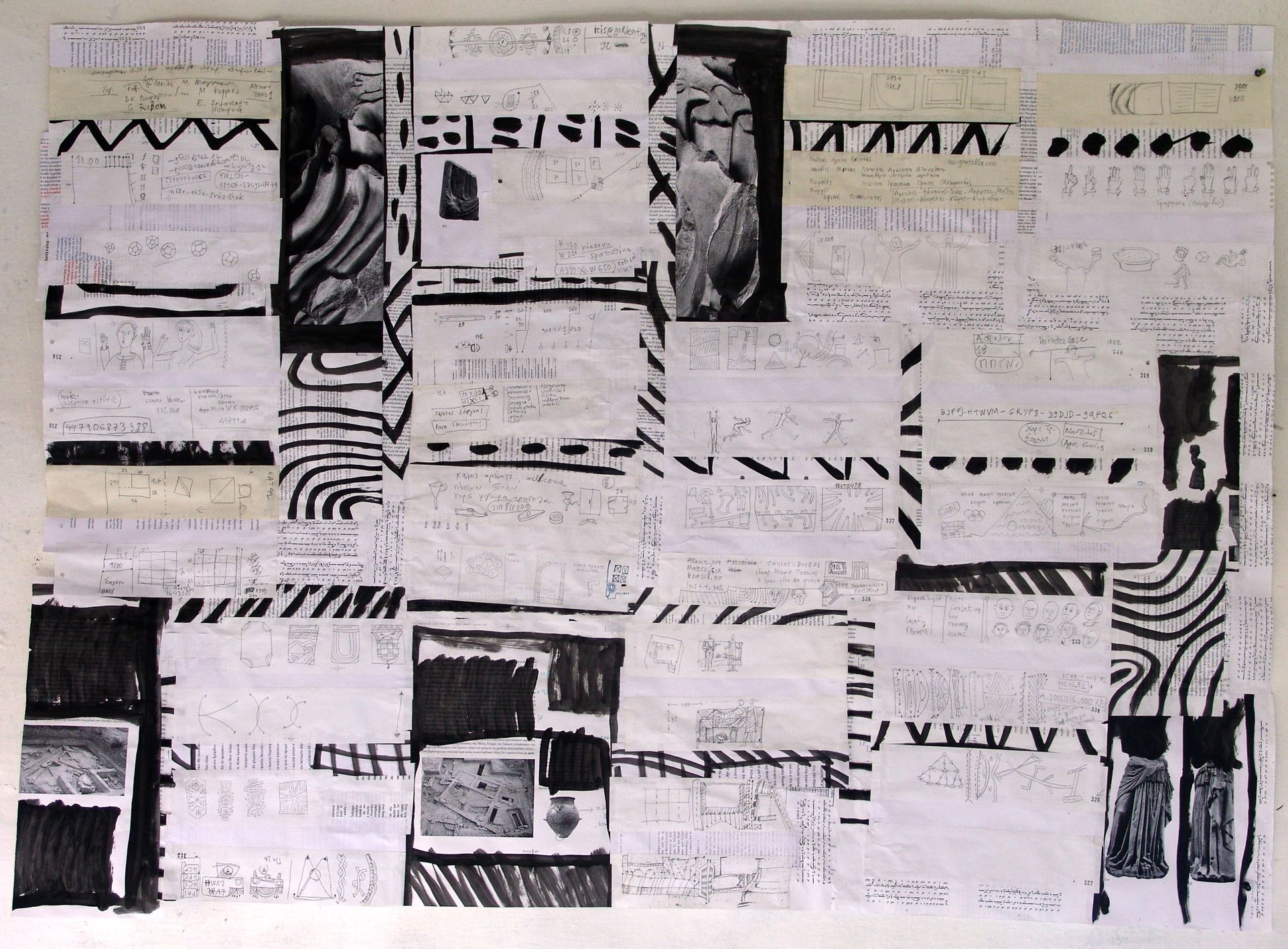 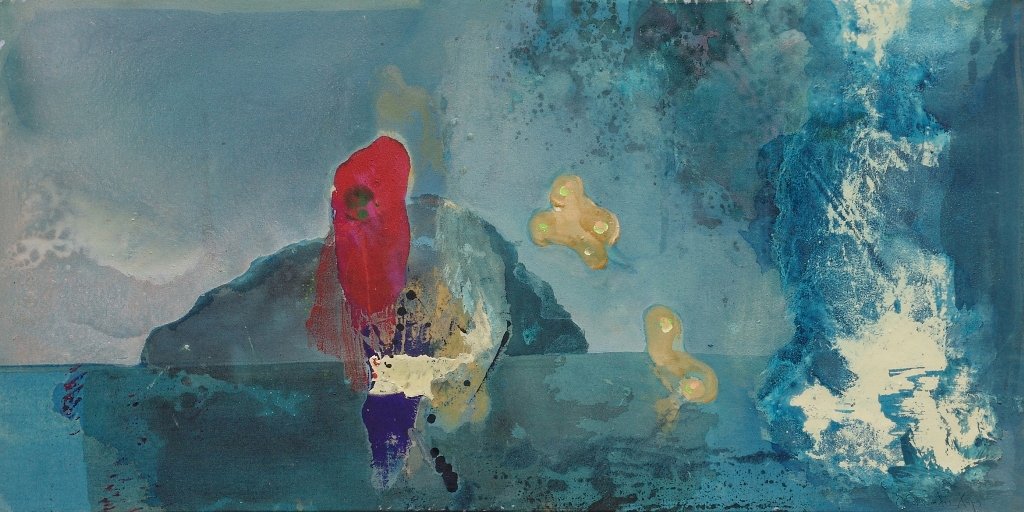