Lazongas uses as his starting point the Gaza massacre and the events triggered last December in Athens to allusively explore the new reality of the globalized economy and its various aspects.

He uses printing techniques, drawing, video, photography and painting according to the requirements of the work, while he reinstates the printed transparencies that he established in the 70s. He works on big scale (5,00 x 2,50 m.) as well as on smaller scale works.

The exhibition is accompanied by a publication with texts by philosopher Kostas Axelos, art historian Thanassis Moutsopoulos and environmentalist Ilias Efthymiopoulos.

For more information, please find attached a text by the artist.

George Lazongas was born in Larissa in 1945. He studied Architecture at the University of Thessaloniki and Painting in Paris between 1976-7 (with a French State scholarship). His first solo show was at Zita-Mi Gallery in Thessaloniki, in 1975. He has had a series of solo exhibitions in Paris and in Desmos art space in Athens (in collaboration with Alexandros Iolas), as well as in the Patras Festival, in Vafopouleio Cultural Centre of Thessaloniki, in Pierides Gallery, in the Macedonian Museum of Contemporary Art and in many galleries in Athens and Cyprus.

His participations in group shows, starting from 1970, are more than 30. Some of the most important are: 12th (1973) and 13th (1975) Pan-hellenic Exhibitions, Salon Comparaisons in Paris (1978), Sao Paulo Biennale (1983), Configura 2, Erfurt (1995), Salon de Montrouge in Paris (1996), Thessaloniki – Cultural Capital of Europe 1997. Lazongas was distinguished among other young artists in a Goethe Institut presentation in 1970, and also won the first prize in a pan-hellenic competition organized by the Hellenic-American Union in 1972 and the Prix Europe 1982 in Ostende, Belgium. In 2006 the Macedonian Museum of Contemporary Art and the Benaki Museum organized an exhibition with his drawings. In 2008 he created the permanent art installation in the Athens Metro (Elaionas station), and in 2009 he presented the exhibition “The punishment of the Sirens” at the Municipal Gallery Katsigras Museum in Larissa. He has taught at the Architecture Department of the Aristotle University of Thessaloniki. He lives and works in Athens. 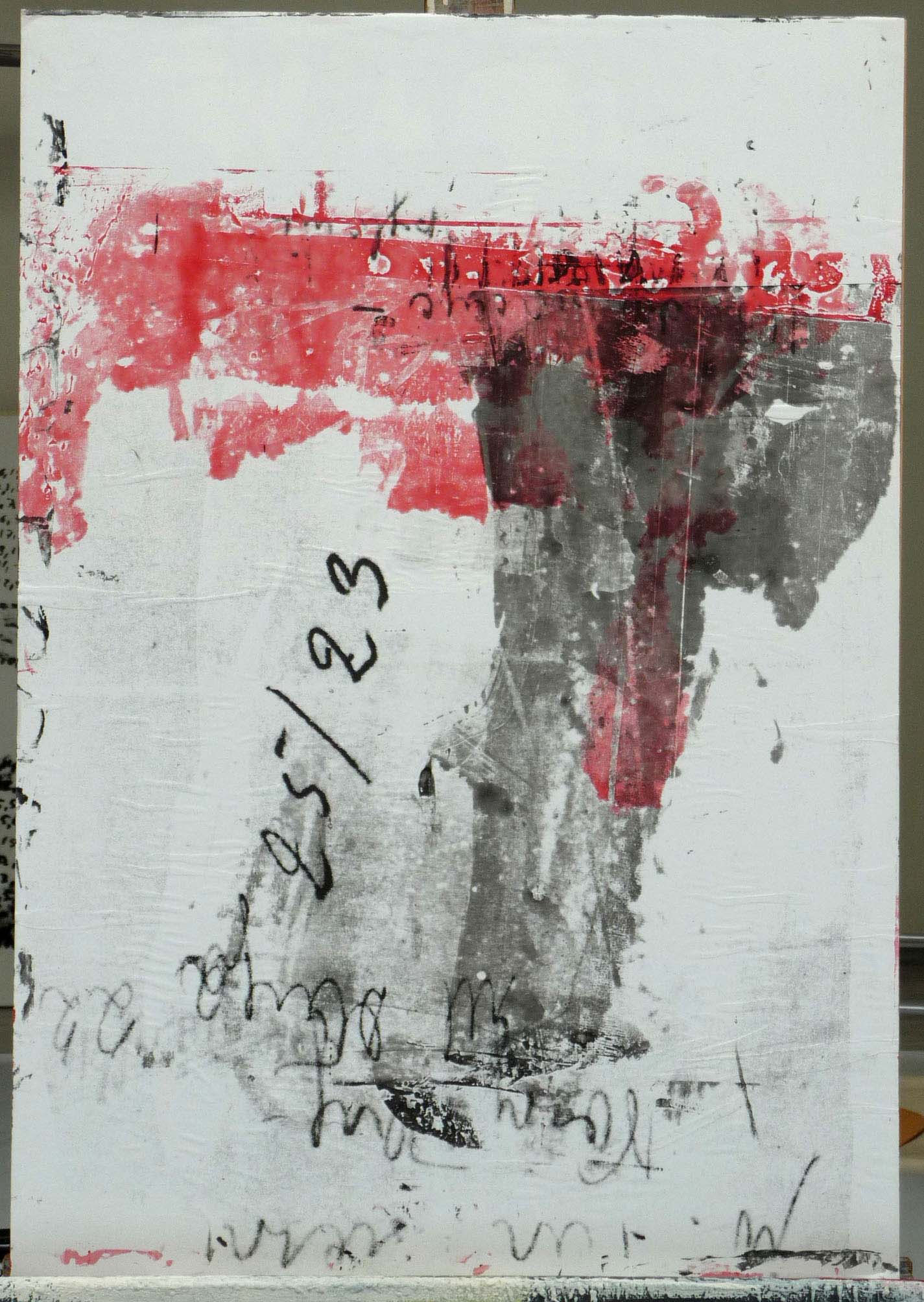 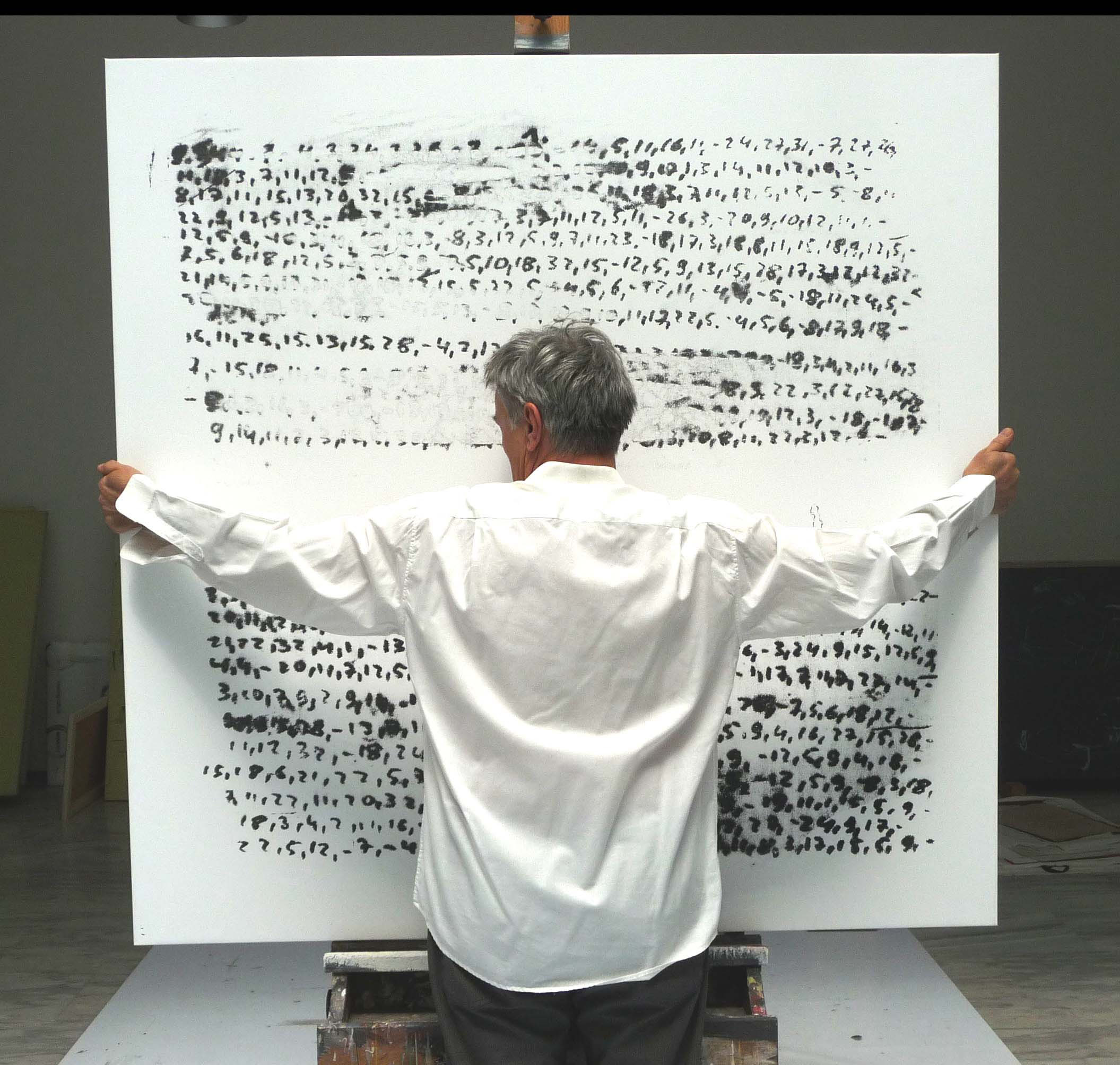 George Lazongas in front of the work Codex-Documento, tribute to the fragments of the Holocaust, Mixed media, Painting-Print, Oil colours, 1,45x1,45 m 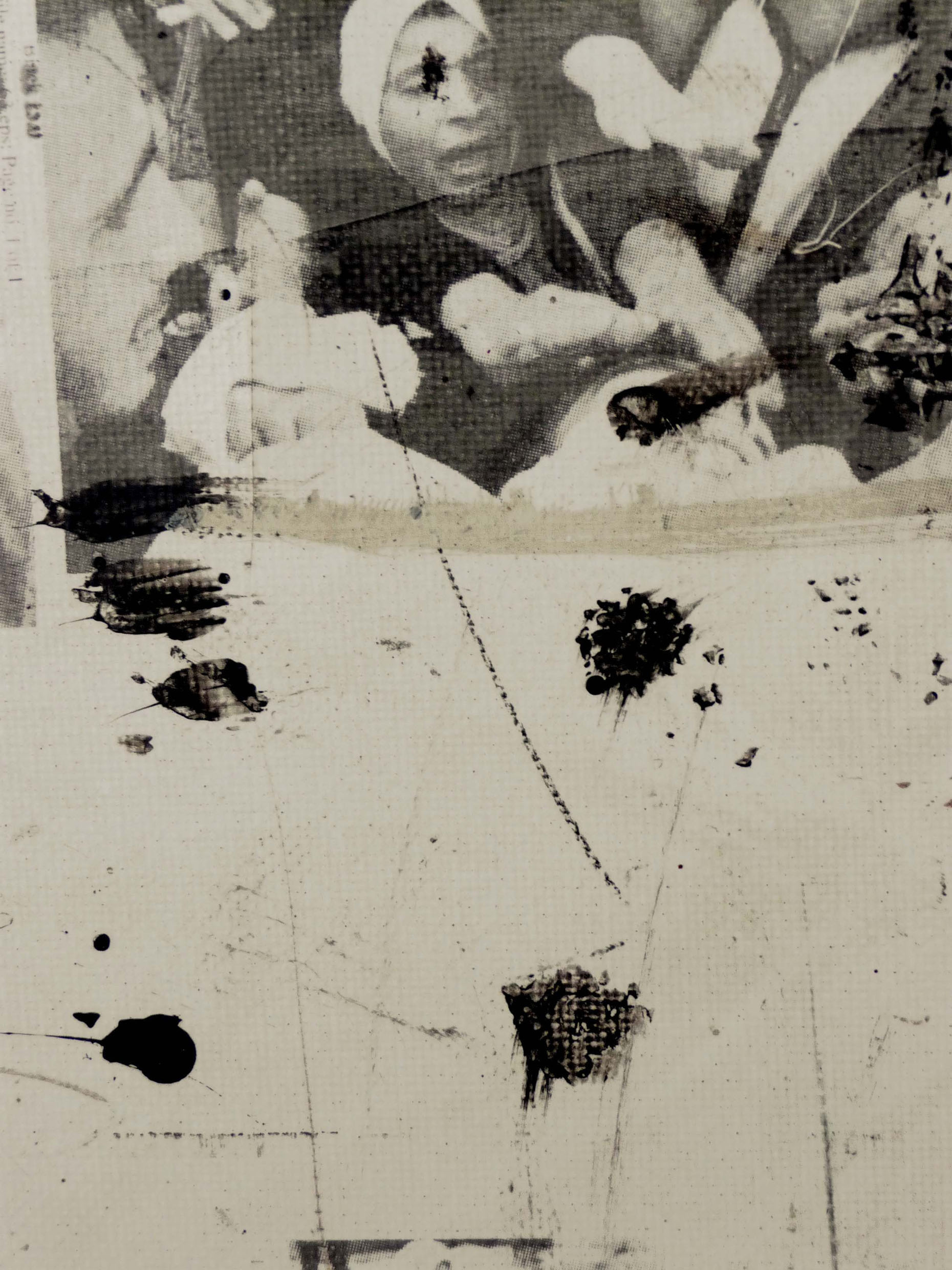 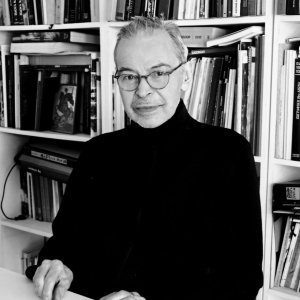 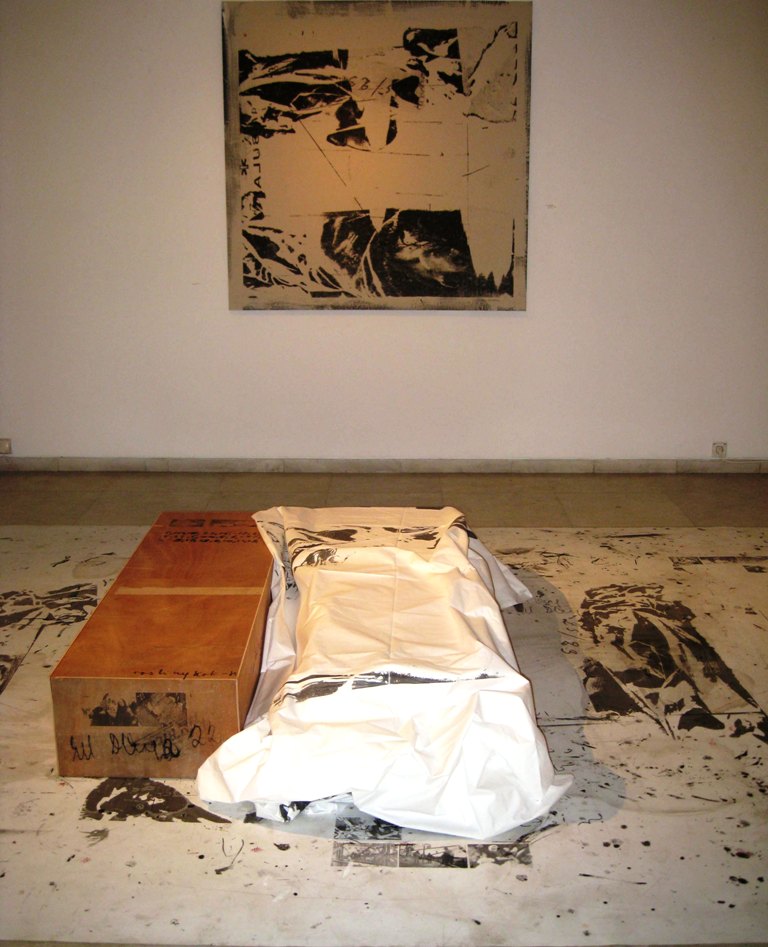 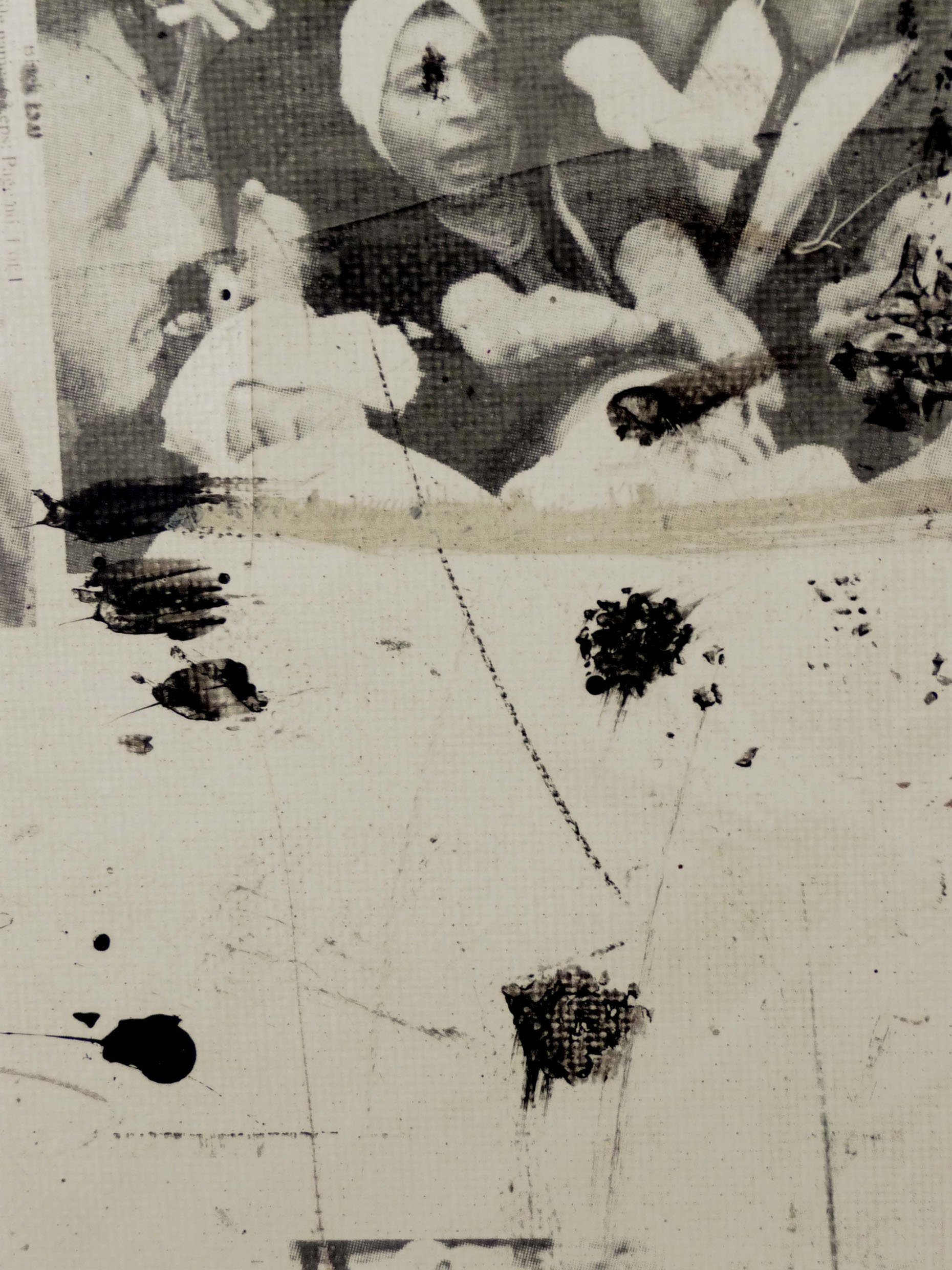