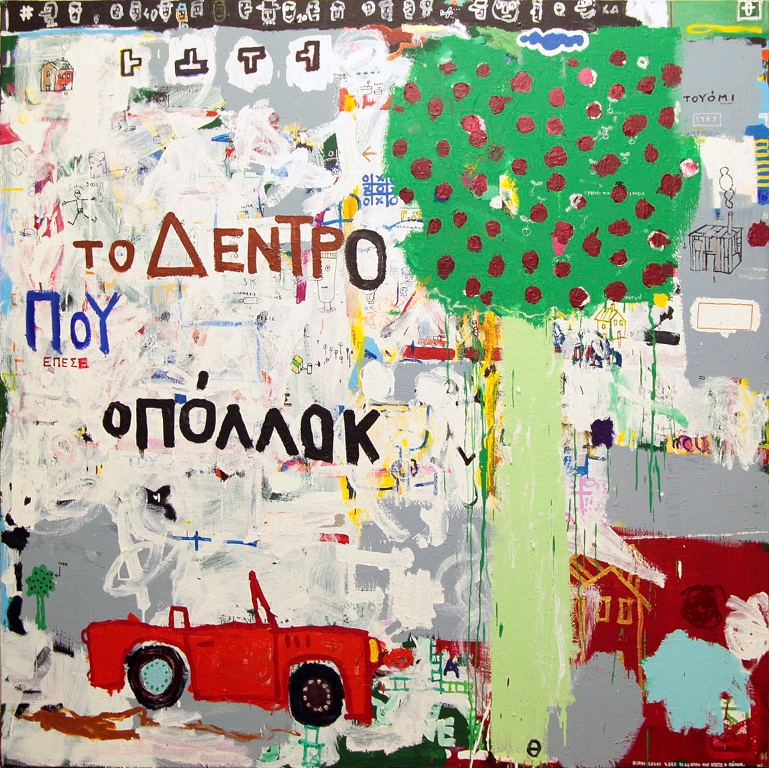 The identity quest inside a complex urban web, childhood memories, adult fears, but most of all the artist’s inner need for freedom are expressed in Nikos Lago’s work, with an “innocent” way. In his work the architecture sense is consciously deconstructed. Small and large scale works, mixed media on canvas compose a colorful network.

The artist is attracted, as most of his peers, by Pop Art, Street Art, graffiti, Jean-Michel Basquiat, A. R. Penk and others. In his works he combines words – symbols, creating linguistic games and images of a childlike world. This is his way of expressing everyday conflicts and the anxiety resulting from the creative quest of his own equilibrium: Nikos Lago’s realm is bold and violently realistic, chaotic, utopian and at the same time innocent.

Nikos Lagos was born in Athens in 1970. He studied architecture at the National Technical University of Athens and worked in the field from 1997 to 2002. From 2002 to 2006 he studied at the Athens School of Fine Arts under J. Psychopedis supervision. He has exhibited work in solo and group shows in Greece and abroad. His paintings are to be found in private collections in Greece and abroad. From 2008 he collaborates with Zoumboulakis Galleries and “Toy, Toy, Toy” is his first solo show in the aforementioned gallery. 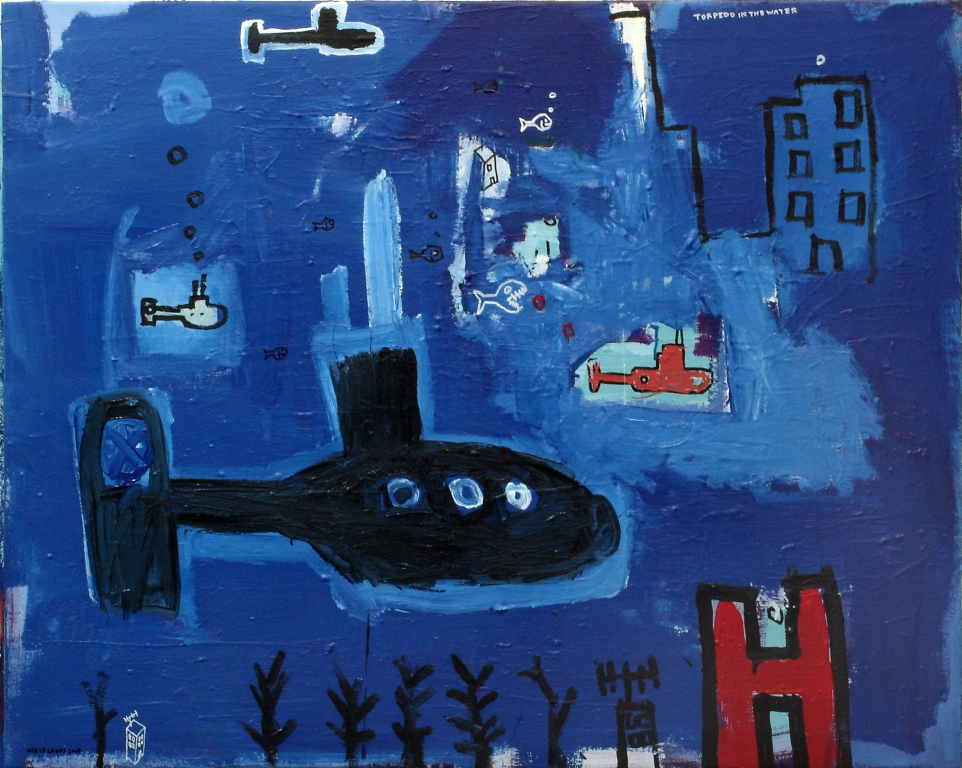 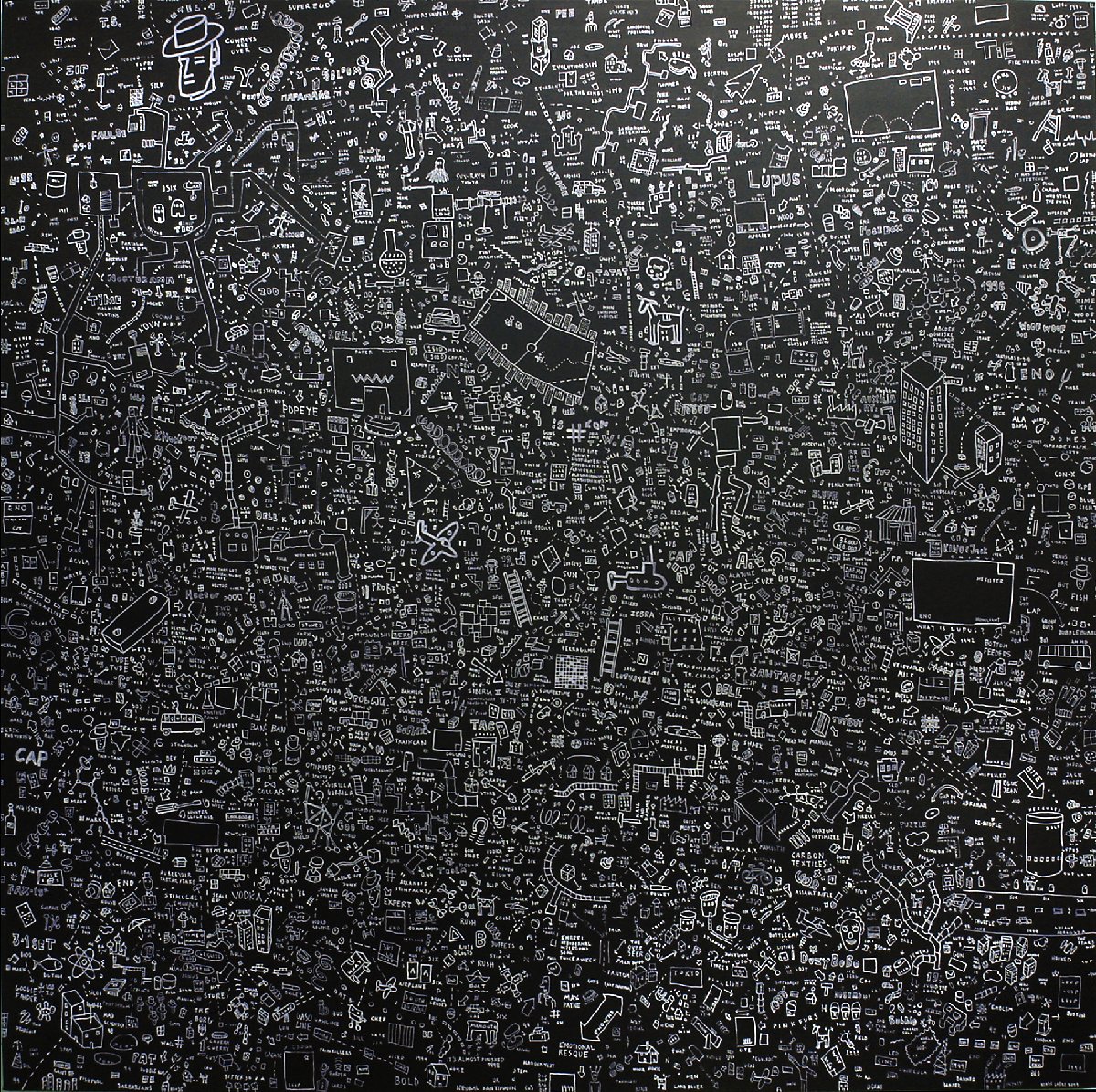 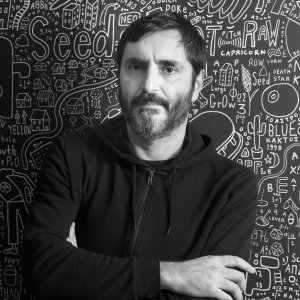 He was born in Athens, Greece in 1970.
Between 1988-1997 he studied Architecture-Engineer at the National Technical University of Athens.
From 1997-2002 he associated with many well known Architectural Offices in Athens. He has been working solo in architecture and building construction.
In 2002-2006 he studied at the School of Fine Arts under J. Psychopedis.
His works exist in many museums and private collections in Greece and in many countries abroad.
From 2008 collaborates with Zoumboulakis galleries. 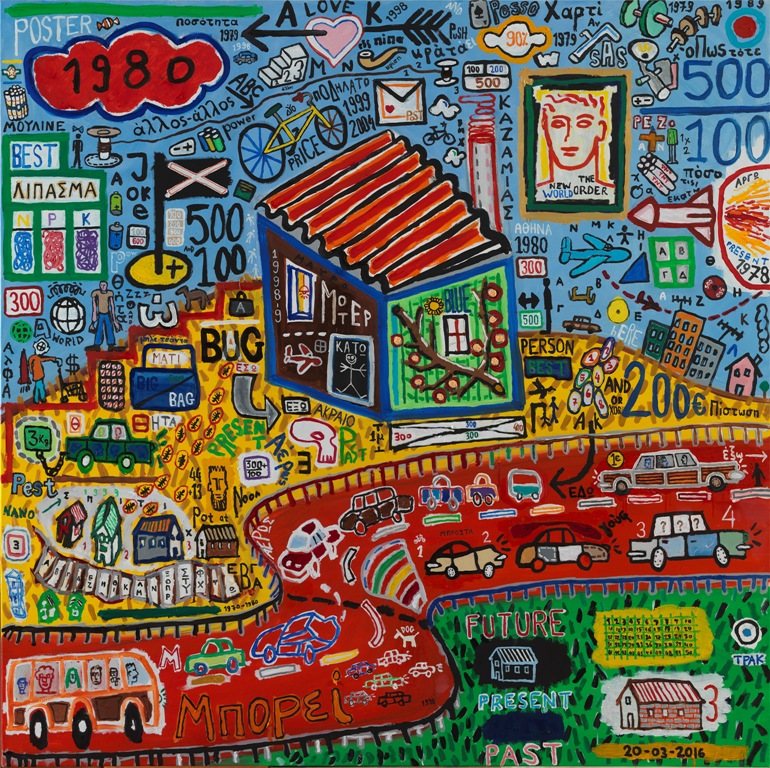